The Fast & Furious movies seem to keep getting bigger and bigger. The past 10 explosive entries in The Fast Saga have set a high bar for the franchise going forward. Director Louis Leterrier has his work cut out for him with the next installment, Fast X, which has to somehow top all the spectacle that came before.

From the car chase with a vault in tow at the end of Fast Five to the showdown on the longest airport runway in the world in Fast & Furious 6, these movies tend to culminate in thrilling climactic set-pieces.

The franchise finally went to space in F9 and some critics felt it was a step too far. After years of jokes about sending its characters into the cosmos, the Fast & Furious series finally went full Moonraker. In the climactic sequence of F9, Roman and Tej literally drive a car into space to destroy a satellite.


It took a while, but The Fast Saga finally became too absurd and far-fetched for the audience to suspend their disbelief and enjoy the ride.

Furious 7 has the most beautiful final scene in the franchise. Dom’s last race with Brian was the perfect bittersweet send-off for both the Brian character and the late franchise star Paul Walker. But the climactic action scene is a mess.

Dom’s final fight with Deckard Shaw has the most ridiculous conclusion imaginable. Dom quips, “That’s the thing about street fights; the street always wins,” before causing the ground beneath them to literally collapse.

The first Toretto-less sequel, 2 Fast 2 Furious, misses what made the first movie so great: the bromance between Dom and Brian. But it makes up for the absence of Dom by giving Brian another well-matched partner in his childhood friend Roman Pearce.

Although 2 Fast 2 Furious has some of the weakest action in the franchise, it ends with a breathtaking climactic stunt. As the villainous Verone escapes on his yacht, Brian and Roman rev up their Yenko Camaro, speed off the pier, and crash into the boat.

Vin Diesel finally returned as the flagship star of the series in the fourth movie, Fast & Furious. This one was met with negative reviews from critics due to its plodding narrative and lackluster action. But the climactic sequence makes up for it.

The movie culminates in an exhilarating chase scene through an underground tunnel across the U.S./Mexico border. The sequence takes an emotional turn after Brian is T-boned out of the tunnel. When police arrive at the crash site, Dom offers to take the fall for his brother.

The Fast Saga’s first spin-off, Hobbs & Shaw, ends with a big climactic battle in Samoa. Hobbs reunites with his estranged family to assemble an army to fend off Eteon’s forces. The ensuing battle builds to a spectacular finale that brings the franchise’s focus back to vehicular carnage.

Idris Elba’s supervillain, Brixton Lore, attempts to escape in a UH-60 Black Hawk, but the Hobbs family manages to bring down the aircraft with a convoy of customized trucks.

In a futile bid to outdo Fast Five, Fast & Furious 6 ends with a showdown on the longest airport runway in the world. Toretto and co. confront the bad guys on their plane as they’re attempting to take off and the plane keeps taxiing on the runway for the entire duration of the set-piece. This runway is calculated to be around 26 miles in length.

The action aboard the plane is riveting enough that this stretch of logic isn’t distracting. Gisele makes a heartbreaking sacrifice to save Han, and the scene ends with the spectacular sight of Dom driving a Dodge Charger out of the exploding plane.

4. The Fast And The Furious: Tokyo Drift

The standalone threequel, Tokyo Drift, reaches its climax with a thrilling downhill race. This is one of the most exciting race sequences in the whole franchise. Cars plummet down the side of a mountain at top speeds.

Director Justin Lin, who would stick with the franchise for years, remains intensely focused on the rivalry between Sean and Takashi throughout this sequence. Sean narrowly beats Takashi to the finish line – and narrowly avoids being crushed by Takashi’s car.

3. The Fast And The Furious

The climactic scene in the first movie, The Fast and the Furious, still holds up as one of the franchise’s most captivating sequences. Brian chases after Dom and they end up in a quarter-mile drag race.

After jumping their cars in front of a speeding train, Dom crashes his car into a truck. Instead of arresting him, Brian gives Dom the keys to his own car so he can escape. This heartfelt finale solidifies Dom and Brian’s ride-or-die friendship, the core of the whole saga.

2. The Fate Of The Furious

The climactic sequence in the eighth movie, The Fate of the Furious, is a truly spectacular display. Dom’s estranged crew comes to his aid, racing across ice, as the bad guys send a nuclear submarine after them from beneath the ice.

Every character has something exciting going on in this set-piece. Hobbs redirects a missile with his bare hands. Shaw simultaneously protects Dom’s baby and fights a plane full of goons.

The saga’s fifth installment, Fast Five, is one of the most riveting action movies of the past two decades. It shakes up the franchise formula as the crew pulls off a daring heist in Rio de Janeiro, followed by a police chase.

After the heist is a success, Dom and Brian drag a vault through the streets of Rio. The Fast Saga is often criticized for its reliance on CGI effects, but this visceral sequence was achieved with stunning practical stunt work. 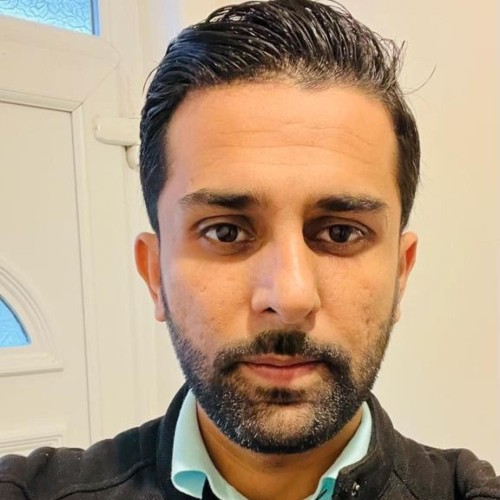